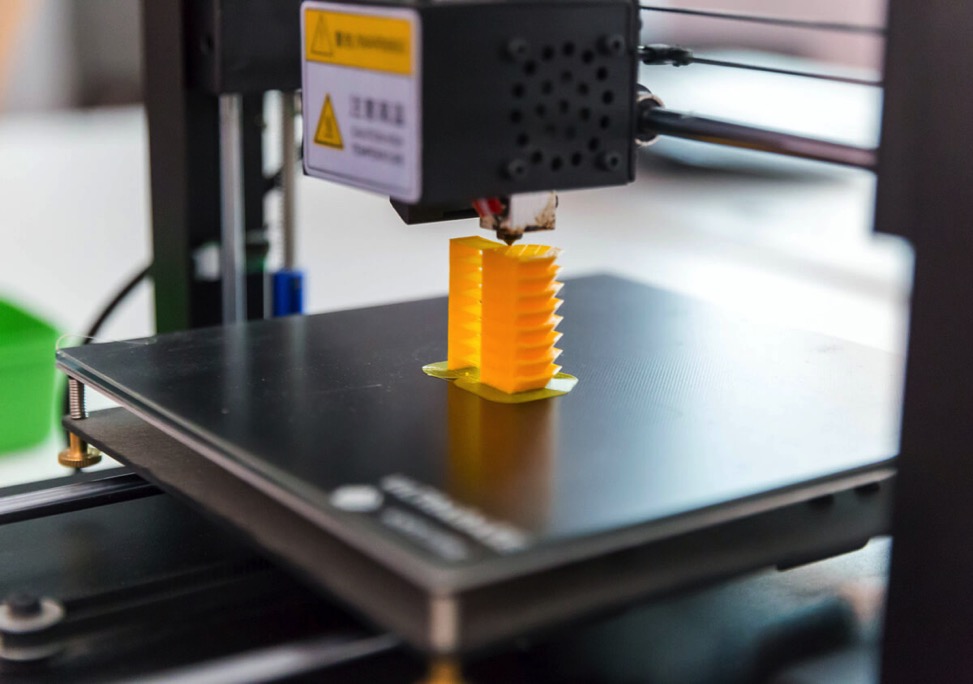 3D printing is a technological curiosity, capturing attention among hobbyists who want to indulge their creative impulses and take their home DIY projects to the next level. It may be costly, but the costs are coming down all the time, and it’s certainly worth it for those determined to stay on the bleeding edge of incoming technology.

It’s also a formidable innovation driving change at the upper end of the manufacturing world: industries with massive funding (such as healthcare or engineering) can use it as a powerful tool for solving complex design problems, particularly at scales that inhibit conventional production.

In between those two ends of the scale, you have the regular businesses figuring out how to turn it to their advantage — and one area that’s already benefiting heavily is online retail. Let’s take a closer look at how 3D printing is changing the world of ecommerce:

3D printing is mostly additive: you start out with a blank canvas, and slowly but surely add material until you have the finished unit. You may need to remove supporting struts or other such pieces, but you won’t be carving off huge chunks. The traditional manufacturing process, however, is highly reductive: think of carving a statue from stone, starting with a massive piece of material and steadily whittling it down as needed.

Because of this difference, 3D printing — despite being an expensive investment — is actually lowering production costs. On average, much less material is wasted in printing an item than in creating it the traditional way, and there’s a chance that the material used for pieces that end up removed can be recovered and reused. This efficiency is good for cost, and it’s enormously better for the environment.

The prototyping phase can be really tricky for existing sellers, let alone aspiring sellers who really need to pick up some early investment. It isn’t typically enough to come up with a basic visual representation: you need a prototype version that actually works, and well enough to demonstrate the potential of the product in development.

Well, to be clear, you typically need numerous working prototype versions, and having to draw up plans and communicate with production facilities for each one of them causes damaging slowdown that eats into financial reserves. But with 3D printing, you can create a prototype on your own time — the actual production might be slower, but the overall process from start to finish will be enormously faster.

It’s reducing the reliance on suppliers

Outsourcing production not only eats into your budget through whatever the companies that own the production facilities charge, but it also puts you in a tough spot of relying upon them to stay in operation and respond promptly to your requests and queries. You could be a in a delicate spot while trying to scale up your business and suddenly find that the production facility you’ve been using has shut down for whatever reason, leaving you in the lurch.

With an in-house 3D printing operation, you’re never at the mercy of another business to such an extreme extent. You’re even protected if you use a third-party 3D printing service (possibly due to hardware issues), because you’ll always have the option of taking your designs to a rival service if needed and resuming normal production with minimal delay.

Many ecommerce sellers rely on trends to drive sales. They pay close attention to which products are rising or falling in popularity, and jump on the rising stars to profit as much as possible before the market gets saturated. The problem with this is that there are two options: buy from the same suppliers as everyone else, leading to a generic range, or produce fresh products (which can take time).

Going through the lengthy production process we already looked at isn’t a realistic option. But 3D printing? That can work very well. The moment you have a design ready, you can start taking orders, and you can be shipping them within days (if not hours). When the next trend along the lines of fidget spinners comes along, there’ll be some enterprising seller who’ll use 3D printing to rake in the money early on.

Everything we’ve been through here is already making a big difference to how ecommerce sellers operate, and these changes are only going to get bigger over time. It’ll be fascinating to see how suppliers will adapt to remain relevant, and how the development of new 3D printing materials affects the possibilities.