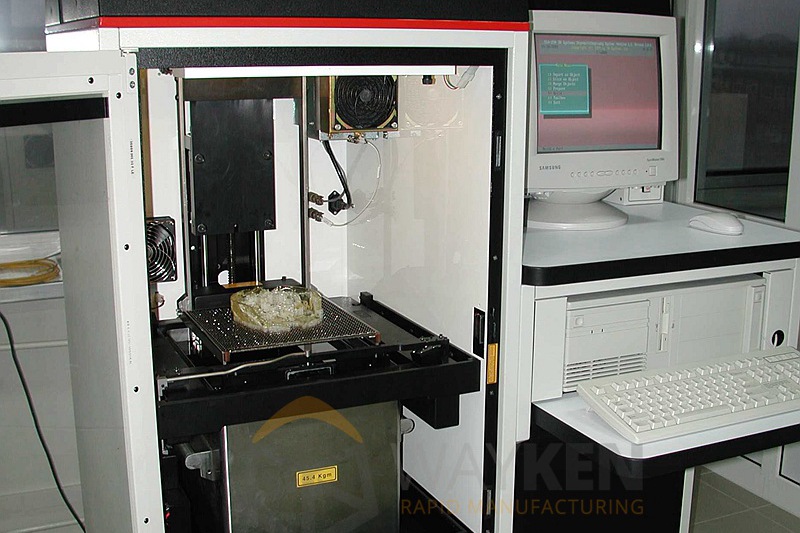 3D printing encapsulates a wide range of prototyping techniques. Rapid prototyping is one of the predominant techniques used in 3D printing. It has undoubtedly proven to be an effective yet budget friendly method of prototyping. From identifying issues that might drag down an idea during the early stages to better visualization of the product by potential investors and sponsors, rapid prototyping has become an integral tool in the aversion of costly fixes due to unprecedented issues during full-scale production.

Rapid prototyping in China has seen its fair share of changes, nonetheless, stereolithography and selective laser sintering over time have become pervasive. They both use lasers, but their application processes are different. Taking into account the frequency of the lasers, ultraviolet and infrared; more on that later, and the materials used. This begs the question: How are the two correlated and how do they work?

How does SLA work?

The stereolithography apparatus consists of four main parts, an ultraviolet laser, a perforated platform, plastic liquid and a computer program that controls the platform. A thin layer of photopolymer is exposed above the perforated platform allowing from the laser to trace the cross-section of the object being printed. Since the liquid plastic is curable and hardens when exposed to UV, a new layer is formed. After hardening, the platform is lowered and a new layer of liquid plastic is exposed. Once again the laser traces the surface of the object. The process is repeated until enough layers are printed to fully represent the prototype. 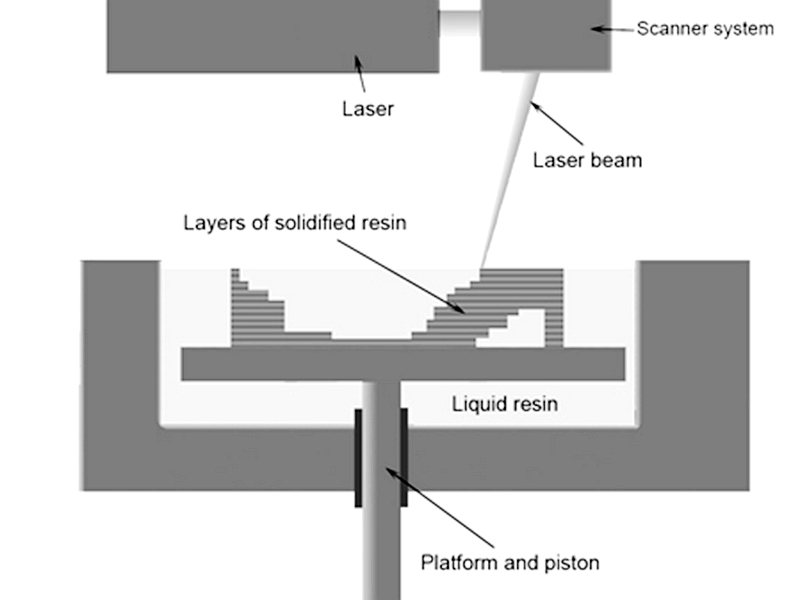 What is Stereo laser sintering?

SLS much like SLA uses thin layers of tiny particles like ceramic, plastic or glass all fused by a high powered laser to form a solid object. Depending on the type of powder being used, SLS machines can print 3D models of different materials such as ceramics, plastics, and even metals.

How does SLS work?

Like most of the 3D printing processes, stereo laser sintering starts with a computer-aided design (CAD) format which is converted to STL format; used by the 3D apparatus. Tiny materials such as plastic and ceramic (usually in powdered form) are dispersed above the built platform inside the SLS machine. An infrared laser then laser fuses the particles together to form layer by layer geometries. The layers total up to form complex geometries and subsequently forms the 3D model of a project. The laser can either heat the “powder” particles to a temperature just below the boiling point (sintering) or to the melting point. Once the first layer has been laid and hardened the SLS platform drops by a preset height usually 0.1mm and a new layer of particles is exposed before being worked on by the computer-controlled laser that pulses down and traces the cross-section of the object in question. 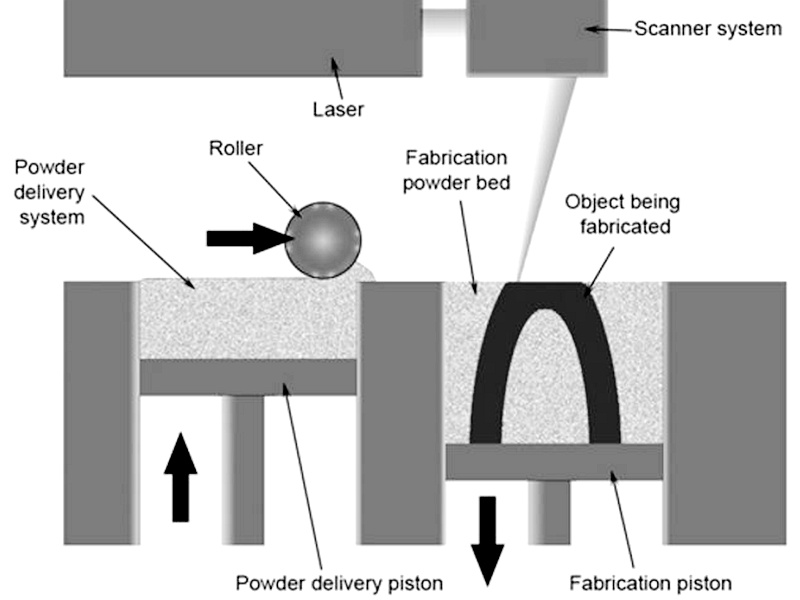 Factors to consider when choosing between SLS and SLA 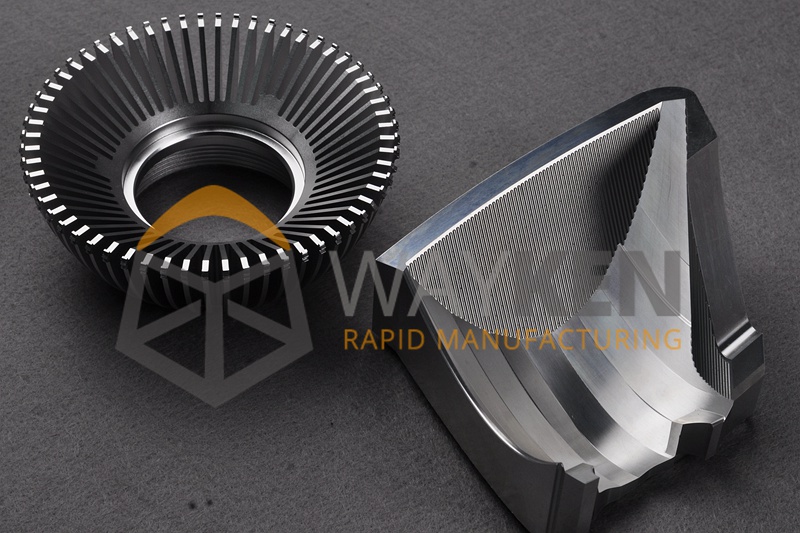 There aren’t any standard guidelines on the resolutions, each of these technologies should produce. However, physical constraints result in different resolutions. With the motorized platform congruent with both techniques, the platforms need to be resolved appropriately to produce the required resolution. Aside from that, they both use a laser to solidify the material despite using different frequencies (infrared for SLS and ultraviolet for SLA), therefore, their focus is different with the UV laser being sharper. Consequently, SLA machines resolve better products than SLS both vertically and horizontally.

One of the most conspicuous properties of 3D prototypes. When using SLS, the powder particles are subject to trapping microscopic air bubbles since sintering occurs intrinsically. These air bubbles cannot be seen by the naked eye, however, when touched, the surface feels rough. As opposed to LSA printing where one bulk homogenous product is produced.

For SLS prototypes, they behave the same way as thermoplastic materials around temperature, humidity, and chemicals. On the other hand, SLA materials behave relatively poorly. For SLA the manufacturers often include their recommended resin despite, for example, are cheaper options being available. In the presence of temperatures above 38 degrees Celsius, resin softens and deforms over time.

The most commonly used materials in SLS printing are the polyamides, whose commercial name is nylon. Typically, polyamides can have additives which aid in increasing the strength, stiffness, color or flexibility. Nylon is an all-rounder material which offers durability, strength, and resistance to abrasion. Moreover, the difference between resins -which is widely used in SLA- and nylon is their reaction under load. Rigid resins tend to easily disintegrate and crash violently into smaller parts while nylon has a wider elastic limit under loads before actual failure or permanent deformation. Keep in mind, the comparison has been generalized by using commonly used materials.

All in all, each printing technique has its own advantages and disadvantages depending on the project at hand. For projects dedicated towards functionality, then SLS nylon prototyping is the way to go. Where translucency in the model and a better general appearance is required, with respect to its mechanical limitations, then SLA is the right choice. Both SLS and SLA currently have the best qualities in the market both in China and worldwide. 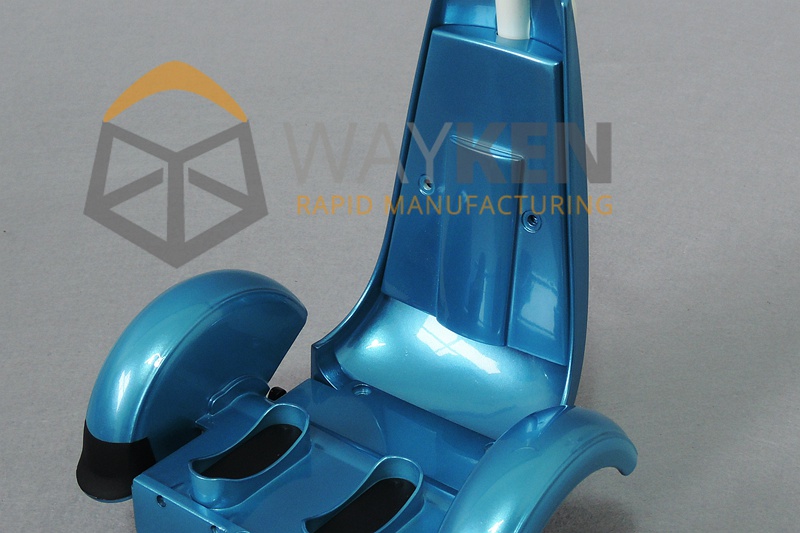